It’s YOUR time. It’s YOUR year.

You Can Succeed Farther than Your Greatest Expectations When You Collaborate & Mastermind with Other Like-Minded, Highly Motivated Entrepreneurs.

We want to invite you to have a conversation with one or both of us if you’re even slightly interested in joining the Elite Talent Mastermind. We will review your big picture goals, your business and what’s currently on your plate to help you decide if this IS or ISN’T the next best step for you. We promise.

Read this page for more details of what’s included in the
Elite Talent Mastermind but be sure to fill out this quick form so that we can contact you to schedule a call with you right away.

You’ve got nothing to lose and there is no obligation to apply.

What is the Elite Talent Mastermind?

The mission of the group is to catapult the members into their next level of business success as quickly as possible providing resources, mentoring, masterminding and collaboration.

This could include any or all of the following results:

Who is the Elite Talent Mastermind for?

This is for you if any or many of the following apply: 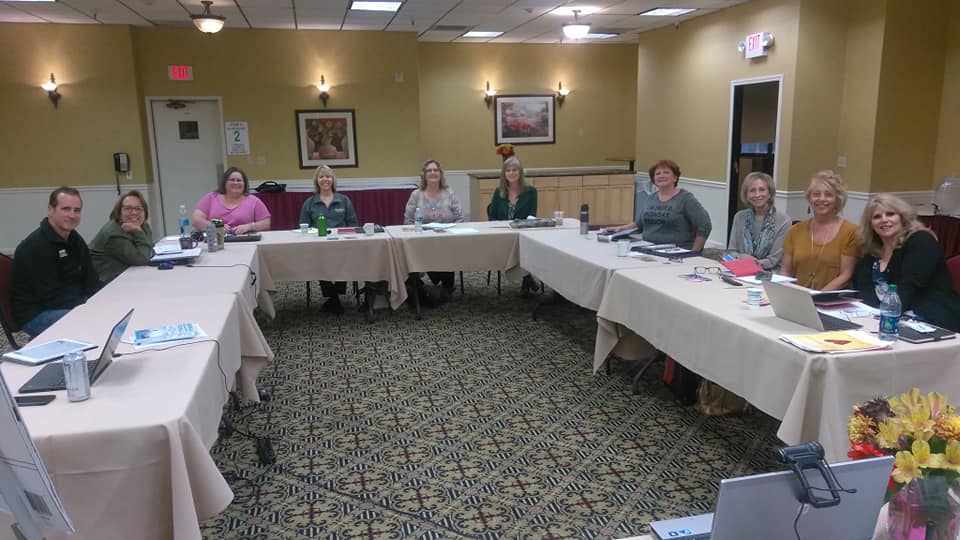 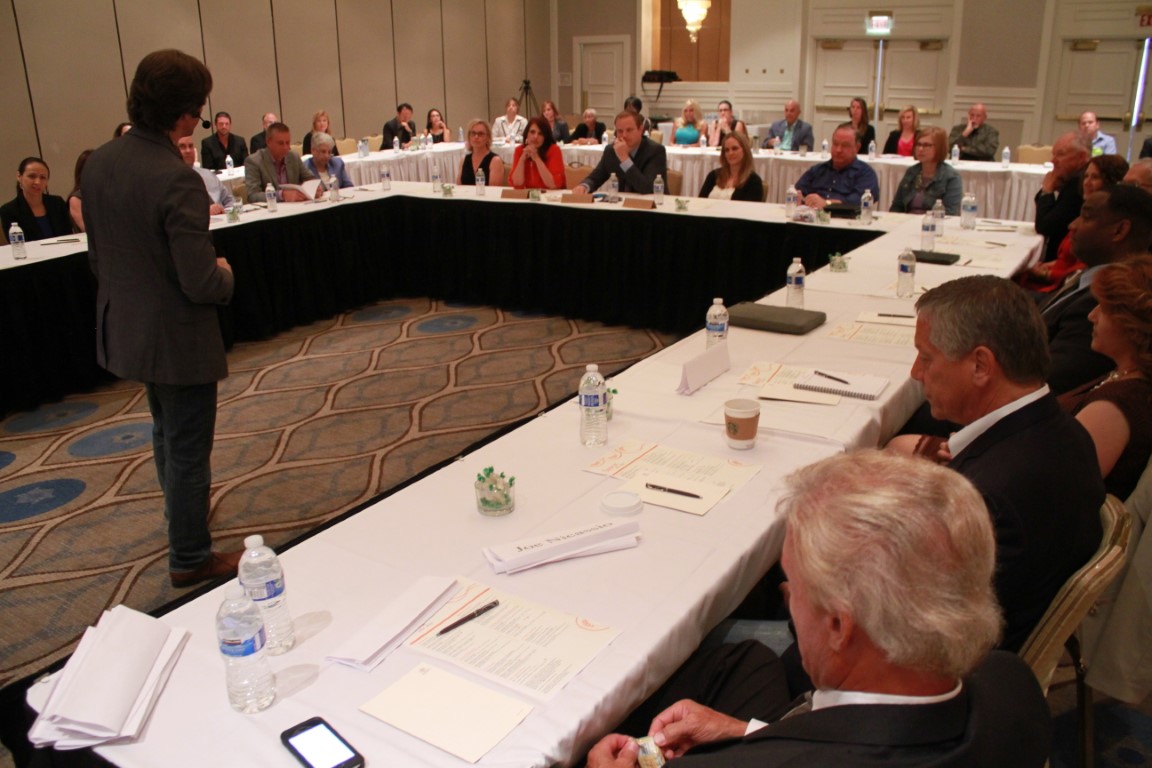 What will you get out of being in the Elite Talent Mastermind?

Here is the long, long list of unheard-of benefits for a program at this level of investment. You can utilize whichever benefits work for you.

A promise to plan, prepare, partner and prosper together (Priceless)

Develop a sales agreement that helps you enroll new clients that includes clear expectations as well as protection so that you communicate as a true professional with a real company.

The following trainings of Katrina’s (info at JumpstartYourBizNow.com/trainings) ($2,200 Value)

Brainstorm with other like-minded, motivated entrepreneurs. These are the most productive, creative and transformational parts of the entire year, you don’t want to miss any if you can help it. You will get big ideas, implementable strategies, ways to automate, systematize, delegate and uplevel your business not to mention huge support from David, Kat and the group to motivate you to act fast! Each member will receive 1 to 2 hours per meeting for all eyes and minds to be dedicated to growing/scaling your business.

You get access to Kat on a monthly basis via phone, or zoom. You get Kat’s thinking, creating and working on YOUR business. You will have Kat’s full attention to focus on your biggest money-making opportunities and to solve the biggest obstacles holding you back! Kat will give you that jumpstart you need to start seeing better results from your marketing, website, life or online technology. Calls need to be pre-scheduled via scheduler.

You have David’s cell and can text or call anytime, emergency calls can be 5-15 minutes to answer a specific question or get support with a specific thing.

Once a month, hop on to a group mastermind call with David, Katrina and Isabel for laser coaching, hot seats, breakouts, collaboration opportunities, added training from the group and more. You’ll have access to all recorded files.

David and/or Kat will critique any marketing material, webpage (when up and live), email copy, etc. and will advise you on how to make them more effective and results oriented. They will not write the copy for you or design the piece; however, they may talk out the copy for you on a call and will definitely refer you to recommended resources and vendors to get more stuff done.

You’ll save BIG time in not having to recreate the wheel when designing or producing documents, order forms, flyers, contracts, etc.

General Admission into ALL of David’s Live or Virtual events within your membership year ($3,000 Value)

General Admission into ALL of Kat’s Live Events within your membership year ($3,000 Value)

Bring a Spouse, Partner or Staff Member Focusing on Your Same Business for FREE ($40,000 Value)

You can bring a team member or spouse to all of the 4 Mastermind Retreats and events or calls.

Opportunity to be Featured to David’s 60,000+ Subscribers and Social Media Followers ($3,000 Value)

(Must be a good fit for David’s audience)

Opportunity to be Featured to Katrina’s 60,000+ Subscribers and Social Media Followers ($3,000 Value)

Kat will promote any member in her weekly email or on social media. (Must be a good fit for Kat’s audience)

Review your current sales, marketing, and business assets to see what’s missing as well as what should be done next to maximize profits in the fastest way possible.

Develop a sales agreement that helps you enroll new clients that includes clear expectations as well as protection so that you communicate as a true professional with a real company.

Attend this multi day event that teaches you how to be a more effective speaker, interviewer, and interviewee that is all about being “on stage” and “on camera”. www.SpeakerMediaMastery.com

Select Your Payment Plan...
For an Agreement and Invoice, email us at Isabel@TopTalentJV.com with your information including a phone number so we can follow up with a phone call.
1 payment $10,000
3 payments of $4,000

It’s time to make the decision to step into the next level of yourself, and your business!
We want to help you grow quickly and strategically!

Don’t wait, there are only 20 spots available so fill in the form above right now and we’ll be in touch to schedule a one-on-one call with you to discuss the Elite Talent Mastermind with you.

Here’s to all of our continued success!

David can help you become a best selling, world changing, money making icon in your industry through publishing, publicity and presentations.

David T. Fagan is the former CEO of Guerrilla Marketing, which sold over 23 million books in 62 languages all over the world, as well as the former owner of LCO Communications, a Beverly Hills PR firm that has represented 58 Academy Award Winners, 34 Grammy Winners, and 43 New York Times Best Sellers.

He has been featured on Fox & Friends, the Today Show, The Washington Post, Forbes, Investor’s Business Daily, Your World with Neil Cavuto, Fox’s The Five, and What’s Happening Now to name a few. He’s won major awards for publishing, publicity, and even the Entrepreneur Educator of the Year Award from Inc 500 Infusionsoft.

David is the best selling author for several books including Word Genius: What to Say and How to Say It, Guerrilla Parenting: How to Raise an Entrepreneur, Cracking the Icon Code: How to Become an Icon in Your Industry Through Your Advice, Image and Expertise, and From Invisible to Invincible: How to Make Your Presence Felt. He’s an International Speaker in places as far away as Dubai, Bangladesh, Kenya, and Australia. He has shared the stage with everyone from Former Secretary of Defense Dr. Bob Gates to Mark Victor Hansen.

David is the father of 8 children, (4 girls and 4 boys) and even has one grandchild. He is married to Isabel Donadio and they live in the Phoenix, Arizona area.

Katrina helps you get a lot more done, and helps position you as a higher-priced expert, so you can get in front of more people making a bigger impact while making a lot more money in the process.

Katrina is the CEO and Founder of the Int'l Speaker Network which empowers entrepreneurs and speakers to use speaking to grow and monetize their businesses. 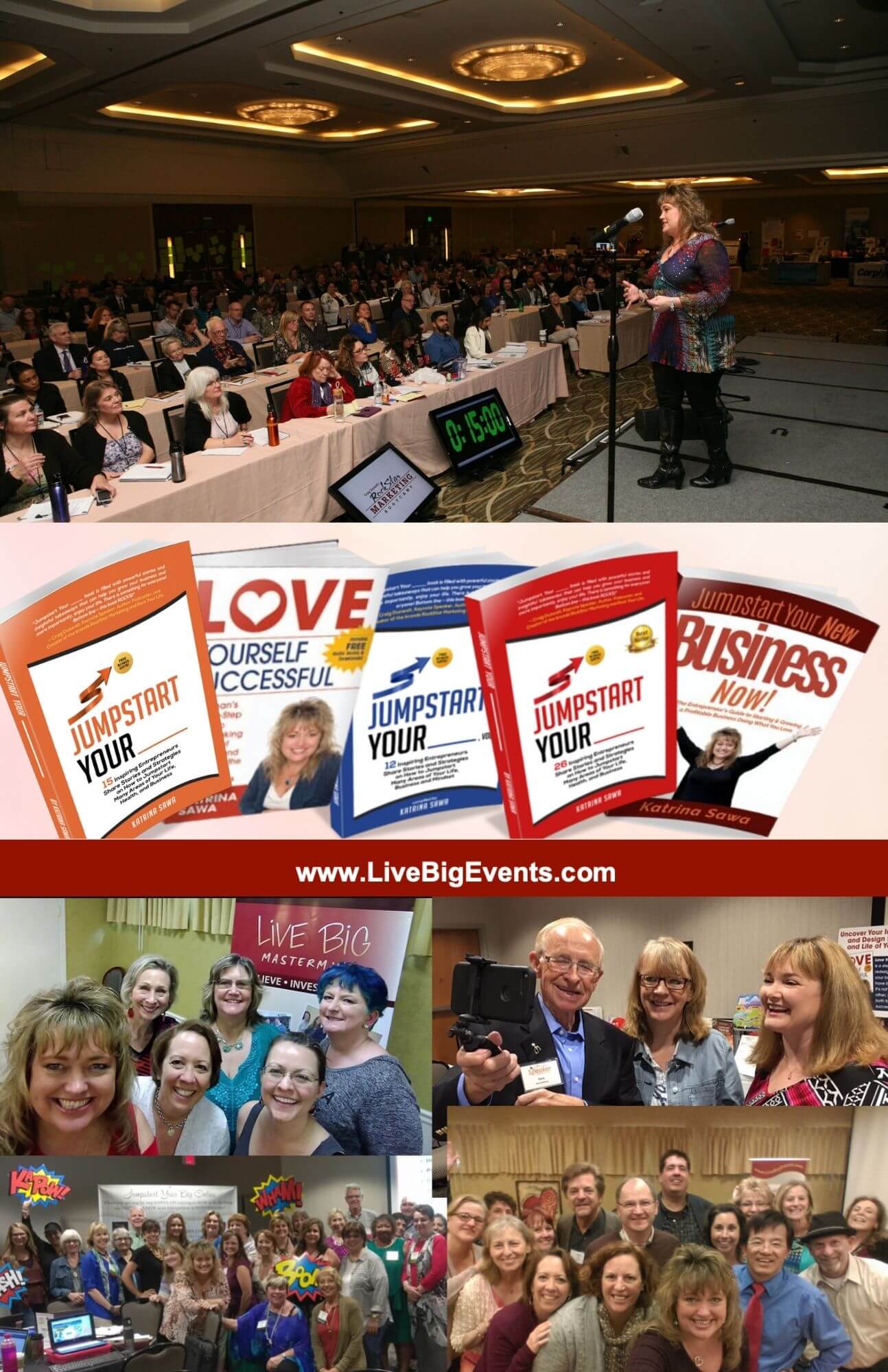 With 35 years’ experience in sales, business and marketing Katrina speaks to groups of all sizes and works with dozens of different kinds of industries and businesses. She lives in Northern California with her husband Jason, step-daughter Riley and their German Shepherd Willow.

Praise for David and Katrina by Clients They’ve Served:

David helped me reinvent myself with a new brand, website, presentation and book that took me from a reach of thousands to millions. I regularly refer him clients and am happy to talk to anyone about my experience with his services
Allison Larsen, Owner of Speakers Coalition 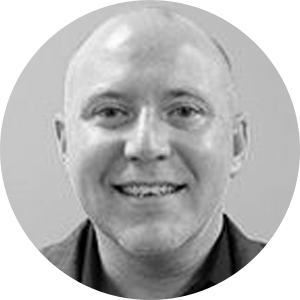 I've hired and worked with David on my marketing messages, websites, books and more. We have contracted him to speak at our conferences for close to a decade now and he's always a fan favorite. I'm happy to tell you more about why you should hire him.
Aaron Halderman, Real Estate Investor and Trainor

I made a big investment with David and his team to help me not just finish my book but to make it a best-selling, world changing book. I only wish I would have had this course as an option to me.
Shannon Hughes, Radio Show Host and Coach

In just 3 short months you helped me get clarity around my entire schedule for more balance, develop simpler, smooth-running, lead generation systems and webpages which reduced my stress and I’ve grown my reach tremendously with all the speaking and collaboration opportunities that you’ve shared with me. The best part is that I finally created and launched the high-end mastermind that I have been called to lead for years now and filled it with 5 new people in 30 days! I can’t wait to see what else we create as I’m on target for my best year yet!
Dr. Heather Tucker, CEO of Another Level Living, Inc.

I realized I was giving away my genius until Katrina showed me how to sell it!
Stone Love Faure, Decision Making Mentor, Int’l Speaker & Author

One of Katrina’s strengths is that she has the systems you need to automate your business with ease. From sales scripts, to social media marketing plans, to email marketing guides, she has it all figured out for you.
Jennifer Darling, Professional Sales Speaker & Trainer

The first thing you helped me do when we started working together was double my rates! You also helped me create new programs, challenges, retreats, finding the missing pieces, knowing what to say in sales conversations or marketing, you’ve been such a huge help for me.
Erin Summ, Motivational Speaker, Author & Confidence Coach

I wanted to go bigger the year we started working together and knew it would take a lot of work but I dived in with you developing the systems, website, I hired a Virtual Assistant, and I worked with you in your “write your book in 30 days program”. And while it took more than 30 days to write the book, I got it done. My podcast has been a bucket list item for me for years, I feel so good about having these platforms now to get information out.
Kim McLaughlin, MA, Inspirational Speaker, Author, & Corporate Wellness Consultant

When COVID hit, I was unexpectedly furloughed from two jobs as a Nurse Practitioner and thrust into a position of uncertainty. In four short months, I went from extreme panic to effectively running my own business and generating nearly $5,000 in just one month! Katrina helped me discover my true value and now I charge what I am worth. Hiring Kat is one of the best business decisions I have ever made!
Dr. Jody Jones

In the 3 years we worked together my business looks completely different than it did when we started. You and the mastermind helped me focus on the point of differentiation for my coaching. We refined my branding and pricing to create a really successful business. If you’re starting a business and want a solid foundation, Katrina is the first place you should start.
Rich Greene, High Performance Sales & Mindset Coach